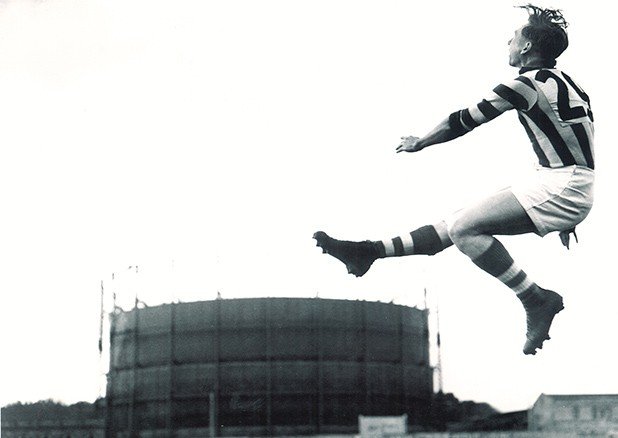 Kevin Dynon, one of the first YCW footballers to make the grade as an AFL footballer, died on 8 September 2017.

Recruited from Kensington YCW, Kevin joined North Melbourne VFL (now AFL) side in 1943 at the age of seventeen.

“A former captain, club Hall of Fame member and Victoria representative, Kevin Dynon will be remembered as a true North Melbourne great,” the NMFC website says.

“After missing three seasons from 1944-46 becaues of the war, Dynon returned to North as skipper in 1947 – “the youngest leader in club history at the time at just 21,” the club says.

“Demoted after winning just four games at the helm, he remained unperturbed and continued to play at a high standard helping North to a preliminary final in 1949 and a Grand Final in 1950,” the NMFC site continues.

Kevin died on 8 September, which is regarded as the foundation day of the Australian YCW, which was in turn chosen to honour the birthday of Mary, Jesus’ mother.