[Acts of the Apostles 2]
{2:1} And when the days of Pentecost were completed, they were all together in the same place.
{2:2} And suddenly, there came a sound from heaven, like that of a wind approaching violently, and it filled the entire house where they were sitting.
{2:3} And there appeared to them separate tongues, as if of fire, which settled upon each one of them.
{2:4} And they were all filled with the Holy Spirit. And they began to speak in various languages, just as the Holy Spirit bestowed eloquence to them.
{2:5} Now there were Jews staying in Jerusalem, pious men from every nation that is under heaven.
{2:6} And when this sound occurred, the multitude came together and was confused in mind, because each one was listening to them speaking in his own language.
{2:7} Then all were astonished, and they wondered, saying: “Behold, are not all of these who are speaking Galileans?
{2:8} And how is it that we have each heard them in our own language, into which we were born?
{2:9} Parthians and Medes and Elamites, and those who inhabit Mesopotamia, Judea and Cappadocia, Pontus and Asia,
{2:10} Phrygia and Pamphylia, Egypt and the parts of Libya which are around Cyrene, and new arrivals of the Romans,
{2:11} likewise Jews and new converts, Cretans and Arabs: we have heard them speaking in our own languages the mighty deeds of God.”
{2:12} And they were all astonished, and they wondered, saying to one another: “But what does this mean?”

How do you explain “the sound of wind approaching violently”?

What were the “tongues of fire”?

How could the apostles suddenly be understood in different languages?

Indeed, what do you think this all means? 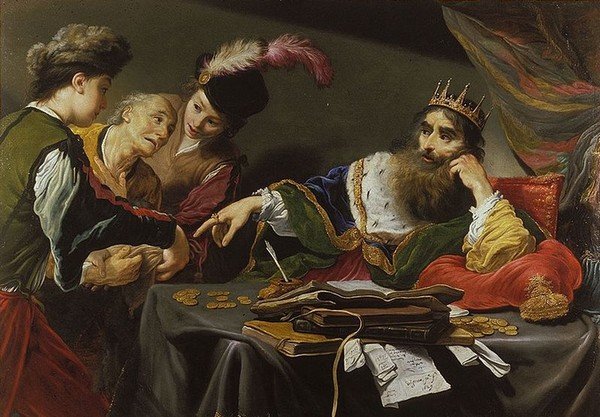 21 Then Peter came and said to him, “Lord, how often shall my brother sin against me, and I forgive him? Until seven times?”

22 Jesus said to him, “I don’t tell you until seven times, but, until seventy times seven.

23 Therefore the Kingdom of Heaven is like a certain king, who wanted to reconcile accounts with his servants.

24 When he had begun to reconcile, one was brought to him who owed him ten thousand talents.‡

25 But because he couldn’t pay, his lord commanded him to be sold, with his wife, his children, and all that he had, and payment to be made.

26 The servant therefore fell down and knelt before him, saying, ‘Lord, have patience with me, and I will repay you all!’

27 The lord of that servant, being moved with compassion, released him, and forgave him the debt.

28 “But that servant went out, and found one of his fellow servants, who owed him one hundred denarii,§ and he grabbed him, and took him by the throat, saying, ‘Pay me what you owe!’

29 “So his fellow servant fell down at his feet and begged him, saying, ‘Have patience with me, and I will repay you!’

30 He would not, but went and cast him into prison, until he should pay back that which was due.

31 So when his fellow servants saw what was done, they were exceedingly sorry, and came and told their lord all that was done.

32 Then his lord called him in, and said to him, ‘You wicked servant! I forgave you all that debt, because you begged me.

33 Shouldn’t you also have had mercy on your fellow servant, even as I had mercy on you?’ 34 His lord was angry, and delivered him to the tormentors, until he should pay all that was due to him.

35 So my heavenly Father will also do to you, if you don’t each forgive your brother from your hearts for his misdeeds.”

What made it so difficult to forgive? How to overcome these difficulties?

In Jesus’s parable, the lord was very harsh on the servant who failed to forgive his debt. What do you think about this? Do you think God will be equally harsh?

Are there any opportunities in your life at the moment where you could show mercy or forgiveness?

What action could you take this week? 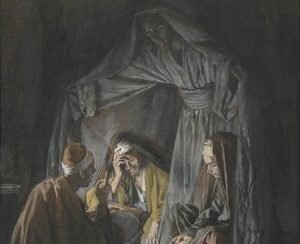 15 “If your brother sins against you, go, show him his fault between you and him alone. If he listens to you, you have gained back your brother.

16 But if he doesn’t listen, take one or two more with you, that at the mouth of two or three witnesses every word may be established.✡

19 Again, assuredly I tell you, that if two of you will agree on earth concerning anything that they will ask, it will be done for them by my Father who is in heaven.

20 For where two or three are gathered together in my name, there I am in the middle of them.”

Have you had an experience where someone offended or hurt you? Failed to listen to you?

How did you react?

What is Jesus calling us to do in such circumstances?

What does Jesus mean when he say that “anything you bind/loose on earth will be bound/loosened in heaven”?

What does he mean by saying that if anything is asked  by two people, it will be done for them?

What does he mean when he says he will be in the midst of people who gather in his name?