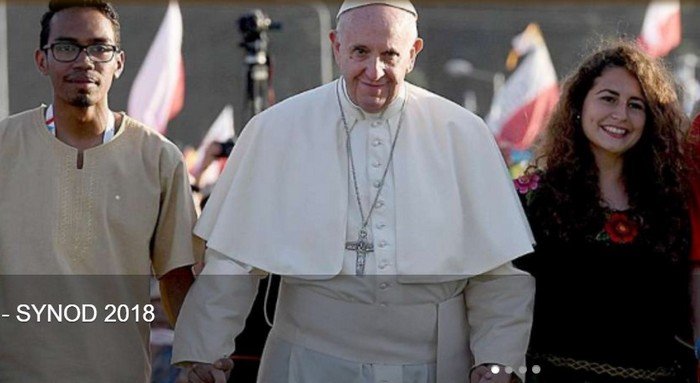 More than 110,000 young people from around the world have responded to an online survey posted by the Vatican secretariat for the Synod on Young People, the Faith and Vocational Discernment in 2018.

“In the roughly three months it has been online, more than 110,000 young people have responded to the questionnaire,” says Synod secretary-general Cardinal Lorenzo Baldisseri. “It’s a significant number considering the absolute novelty of the initiative, and one that is bound to increase in the coming months.”

The response rate, he said, “demonstrates the great desire of young people to have their say.”

Meanwhile, twenty people under the age of 35, along with 70 theologians, priests and academics are meeting from September 11-15 as part of the preparatory process for the 2018 Synod of Bishops on “young people, faith and vocational discernment,” Catholic News Service reports.

Several young people participating in the seminar urged the Vatican and the bishops themselves to be opening to listening to youths talk and ask questions about love, sex and sexuality.

Therese Hargot, who leads sex education programs at Catholic schools in Paris, told the gathering September 13, “it’s surprising we are looking at politics, economics, etc., but not at sexuality and affectivity, which are very important topics for young people.”

Ashleigh Green, an Australian delegate to the seminar, said that going around Australia in preparation for the synod she found that “a lot of young people feel like they cannot talk about issues that matter to them” in most church settings.

However, Cardinal Baldisseri told the seminar that Pope Francis wants the synod in October 2018 to not just be about young people, but with young people, assuring they have a voice.